The Dark Pinnacle of AMG Performance

AMG Private Lounge: What is the Black Series and how did the idea come about?
Joerg Letzel (JL): As we all know, the history of AMG is based on motorsports. In 1967, the founders Hans Werner Aufrecht and Erhard Melcher had the vision to build vehicles based on Mercedes cars with such enormous power that they could also be used in motorsports. The focus of this consideration was therefore to transfer these motorsports genes, so to say our roots, to a street-legal vehicle. This is how the "Black Series" concept was born.

Which model originally inspired the Black Series?
JL: AMG was trying to create cars for a racing series in the Asian market at that time. The first model for this purpose was a Mercedes-Benz SLK 55 AMG. The first generation back then still had a Vario convertible roof but was ultimately built as a closed version. The first Black Series was derived from this vehicle concept.

Soon the sixth model will be launched. Why is the idea still being pursued today?
JL: The response to the vehicle was positive. We wanted to continue to work on AMG’s brand profile based on this topic in order to strengthen AMG as a performance brand within the Daimler Group and thus establish the link to motorsports and racing expertise. This connection to racing was then continued and developed further with the CLK 63, as the basis for the second Black Series. To put it short, it was an opportunity to once again consistently sharpen the perception of the brand AMG as a performance brand.

"In my opinion, Black Series models are always the flagship vehicles or a particularly sporty version of an AMG model range."

What is so special about a Black Series model and how does it differ from other models?
Ralf Sporr (RS): In my opinion, Black Series models are always the flagship vehicles or a particularly sporty version of an AMG model range. They represent the performance limit of a model range, where everything possible is drawn out of that model. This creates a new quality standard. Black Series bring together everything that can be achieved in terms of driving technology at a certain point in time and put it on the road.

JL: In addition, following the motorsports roots, they have always been two-seater vehicles. Most important is maximum performance, but of course also the implementation of technical features in terms of driving dynamics. The vehicles are developed and optimized through the implementation of appropriate components and scopes so that they can also be used by our customers on a racetrack during Track Days for instance. The racetrack suitability is an important point here. The basic idea was that our customers could, for example, explore the possibilities of their vehicle on the Nürburgring Nordschleife.

How do the Black Series models differ from their original models? Are different materials used?
JL: Let's start with the interior: In the Black Series models, for example, so far bucket seats have been installed in order to provide maximum lateral support. Of course, in addition to the performance on the racetrack also the brake system is important. This was designed for maximum performance and durability. The vehicle should offer performance and safety even under extreme conditions on the racetrack.

RS: The series models are characterized by high-quality material and fine workmanship. The Black Series have an additional focus on extreme sportiness. Carbon is the sportiest material and it's also light and stable which offers many advantages for the driving experience. In addition, there have always been special rims, of course. In terms of the wheels, extreme emphasis was put on lightweight construction to save weight. On the SLK, for example, we see the forged wheels. That's what distinguishes it from the production models. Today, the forged wheels are also available as optional extras for the series models, but for the early models these were only intended for the Black Series models.

"You steer and the vehicle does exactly what the driver wants it to do; with a perfection that is difficult to describe. You just have to experience it yourself!"

What role does motorsport play for the Black Series models? How has the latest technology been incorporated?
RS: Motorsport plays a big role. DTM, customer sport, and Formula 1 are always somehow involved in the models. You can't really separate these topics. For example Black Series models such as the SL have been developed in cooperation with the HWA AG. A lot of motorsports technology feeds into the development process through such interfaces. The electronics have been further developed and the performance has been increased -- our motorsports experience and its technology are taken full advantage of.

Have you ever driven a Black Series model? If so, how would you describe the driving experience?
RS: I think I have driven every Black Series model so far and each one was a very impressive experience in its own way. Of course, the cars have evolved over many years. Nevertheless, with every model you sit in your smile gets brighter and you are even more enthusiastic about the Black Series, or about AMG. Every AMG model is per se very sporty and great to drive. As a driver you have the feeling of complete control. This feeling even gets enhanced with the Black Series models. You steer and the car does exactly what the driver demands; with a perfection that is difficult to describe. You just have to experience it yourself!

Mercedes-AMG Black Series: An Overview of All Models

The series began with the Safety Car in 2004 and 2005. With an all-round update consisting of a modified chassis, more powerful brakes and, above all, a fixed hardtop, the SLK was transformed from a roadster into a coupé, setting the tone for its successors. Even then, the SLK 55 AMG Black Series embodied the AMG brand claim of "Driving Performance": a combination of tangible driving dynamics, superior sportiness, unique technology and low fuel consumption figures.

The choice for the second generation of the Black Series was something very special. This model emerged from the Safety Car in 2006/07. The fact that it had to keep up with racing drivers like Michael Schumacher at that time speaks for itself. It’s fantastic handling on the racetrack and its special look made the CLK 63 AMG Black Series one of the most charismatic cars on the road.

As you can easily see in the picture, it is speed above all that makes the SL 65 AMG Black Series so unique. Running at 320 km/h, it literally swept the competition off its feet, completely lapping the original model. Also worth mentioning is the incomparable acceleration which makes it one of the most powerful road cars Mercedes has ever built. This offered all speed enthusiasts access to first-class motorsports technology.

With the fourth generation, AMG has no doubt sent an unexpectedly extroverted candidate into the race. Wide, low, powerful and off the cuff ready to race. With its appearance, it seems like a tribute to the successful customer sports racing car SLS AMG GT3, perfectly embodying the vision of the Black Series: the transfer of genuine motorsport technology into street-legal vehicles.

The Black Series update put the dark crown on the SLS, which was anyway designed as a sports car. Inspired by the SLS AMG GT3 racing version, the high-end version of the gullwing impresses with its breathtaking design, grandiose driving dynamics and consistent lightweight construction in line with the "AMG Lightweight Performance" strategy.

The newest member to the AMG Black Series family. 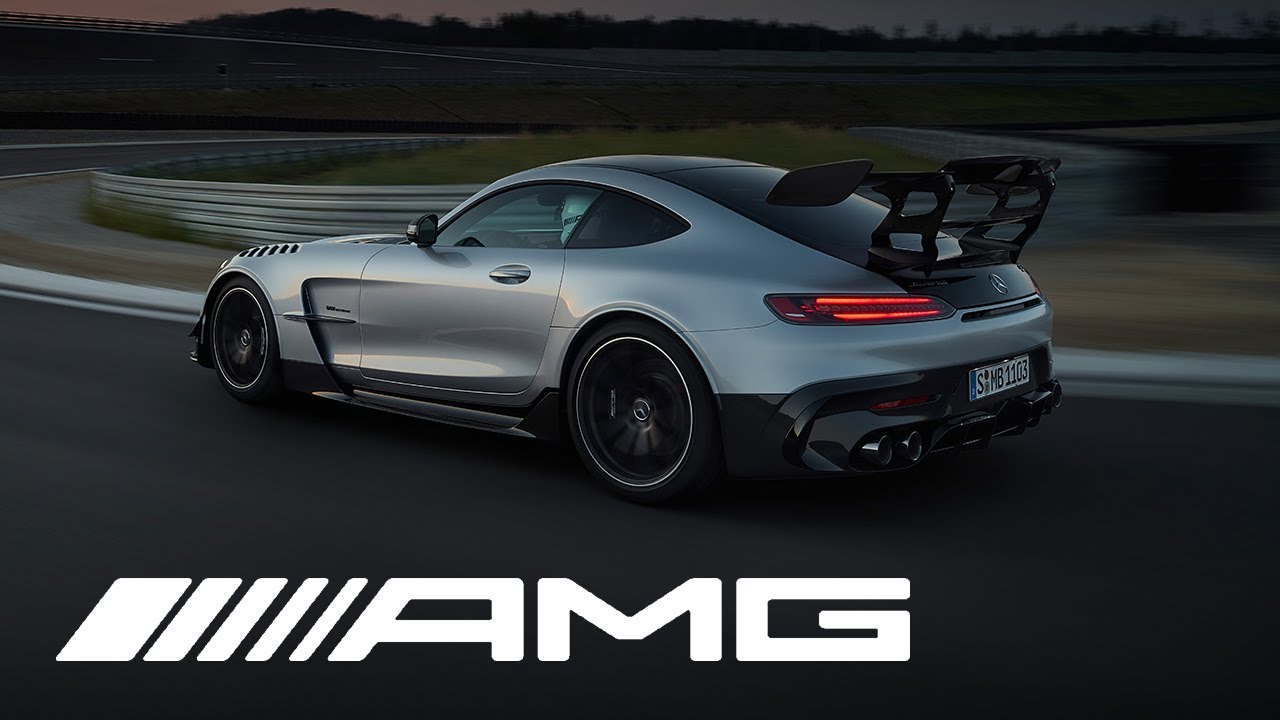 Back to Inside of AMG

When the traffic lights turn green, Mercedes-AMG Customer Racing teams around the world begin the pursuit of race wins, titles and trophies. But what exactly is Customer Racing? Join us as we explore the unique performance universe of GT sport.

Test Drive on the Racetrack

The development of the Mercedes-AMG Project ONE hypercar is approaching its final phase. Gain exclusive insights into the test drives at the test and technology center in Immendingen!