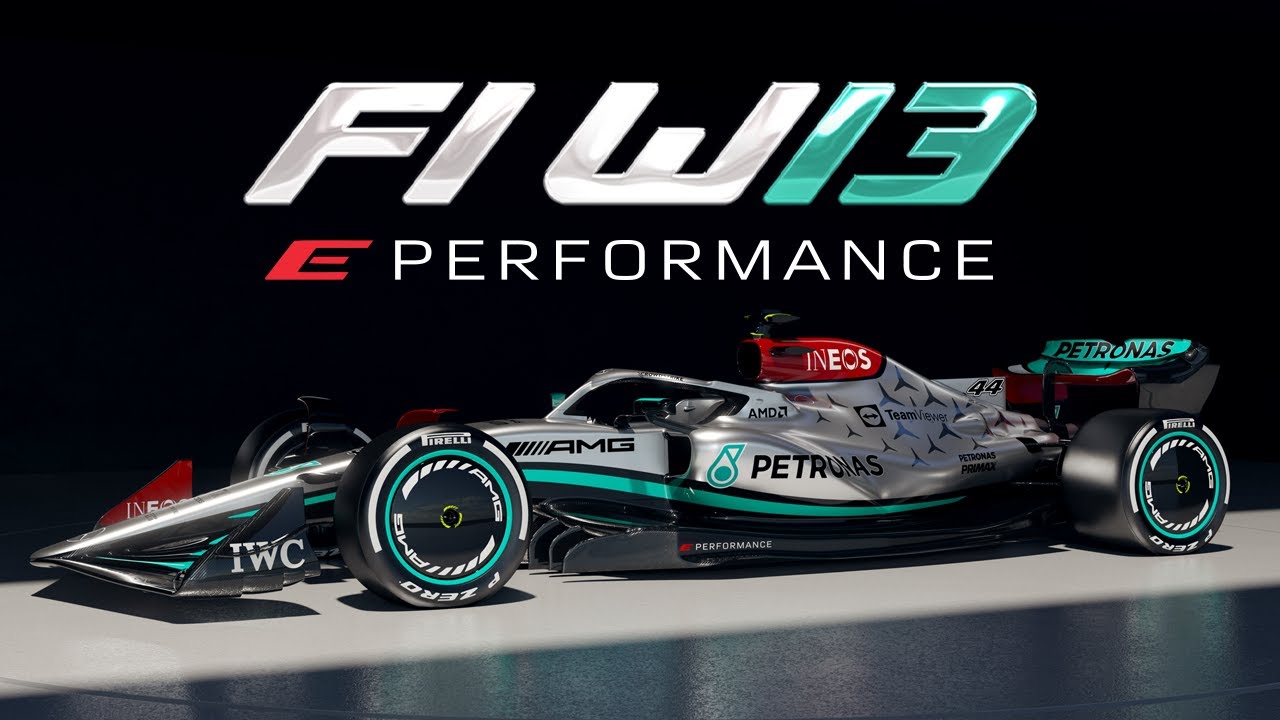 Join us LIVE from Silverstone, as we unveil our 2022 challenger, the Mercedes-AMG F1 W13 E Performance!

With the sport’s most significant technical regulation change in a generation, the factories at Brackley and Brixworth have been bristling with activity to respond to the challenge and identify every possible opportunity to unlock performance.

After 18 months of hard work, the end result is the W13, a car which is 98% new and freshly designed from tip-to-toe with minimal carry-over from its predecessor. Behind the wheel of the W13 for the 2022 season will be a new driver partnership of Lewis Hamilton and George Russell, who graduates from the Mercedes Young Driver Programme to step up to the eight-time world champion Mercedes-works team.

“Ever since work on W13 began, I have seen an excited enthusiasm in our team members like never before, thanks to the scale of opportunity that these technical regulations provide,” said Toto Wolff, Team Principal & CEO of the Mercedes-AMG Petronas F1 Team. “Towards the end of the year when the car build project truly came together, I felt a deep passion across the whole organisation, not only in the technical arena but across our bases at Brackley and Brixworth who were embracing a mindset of 'we can do this'.”.

“We did pretty well during the last big regulatory change into the hybrid era and performed well when we went from the narrow to the wide cars in 2017. While we have a good track record, my message is clear: we can't rely on past success for this year's performance, but we can rely on our people, our culture, our structure, and our mindset to do the best possible job for 2022”, continued Toto.

The W13 is the product of a complete redesign from top to bottom, with the steering wheel the only carryover element from its predecessor. Operating with a blank slate and such a steep development curve has been a stimulating experience for the engineers at the team’s Brackley base and something they’ve relished.

“Engineers love a challenge and therefore it is a fantastic opportunity to do something fresh. In the aerodynamic world, normally you are chasing after little bits and pieces, but with such big regulation changes, the gains have been coming in big chunks which is quite satisfying,” said Mike Elliott, the team’s Technical Director. “On the flipside, we’ve had a period of success, winning the last eight Constructors’ titles and this is a reset. All the teams have started from scratch with the model provided by F1 and you don’t get to carry over the benefits or fix the issues from last year’s car, so everyone began this journey at the same level.”

At the wheel of the W13 will be the sport’s most successful driver, seven-time World Champion Lewis Hamilton, partnered by fellow Briton and Mercedes Young Driver Programme graduate George Russell, making his debut for the Mercedes-AMG team in his fourth year in F1.

Lewis Hamilton enters the 2022 season with 103 wins, 103 pole positions and 182 podiums as he targets a record eighth World Drivers’ Championship.

“I have never seen him more determined,” said Toto Wolff. “Lewis is the best driver in the world, and he is joined by one of the brightest and most promising of their generation in George. I have no doubt that we can create an environment of partnership between the two of productivity to develop this new car which will be essential, whilst maintaining a healthy competition that will motivate them and the wider team”.

George Russell joined the Mercedes Young Driver Programme at the start of 2017, following an impressive record in the junior categories, becoming GP3 champion the same year. Over the winter, he has been a regular at the team’s Brackley base, getting reacquainted with some familiar faces.

“George is just getting on with the job. I know he’s had a good winter of training and we’ve seen him in the factory, working on the simulator and with his engineers. This team has always been his home and therefore the transition to driving for us has been very smooth.,” continued Toto.

Motorsport is what drives us

Motivated by a belief and desire to succeed, Hans Werner Aufrecht and Erhard Melcher laid the foundation for AMG back in 1967. Boundless passion for motorsports paved the way for legendary achievements and continues to leave its mark on the spirit of our brand to the present day.

Launch of the Mercedes-AMG F1 W12 E Performance. The Mercedes-AMG Petronas F1 Team unveils its 2021 car, as excitement builds for the new Formula One season.

Driven by passion for motorsports

Behind the teams’ sporting success, a comprehensive programme has been put in place that, just like the cars, is subject to continuous development. The guiding principle is the quick and professional support for teams with the aim of contributing to the biggest possible joint success by means of technology, know-how and manpower.